Gosaikunda Lauribina Pass Trek is also famous as Gosaikunda Lake Trek. This is the holiest lake of Hindu and Buddhist located at the tallness of 4312 m. It is situated in the Rasuwa District of Nepal and sources of River Trishuli. Nepal is popular for its scenic beauty and magnificent mountain views and this trip is a factor that proves Gosaikunda Lauribina Pass consists of all those facts. This trek is the mixture of the Langtang valley Gosaikunda lake Trek that covers Langtang regions along with Gosaikunda lake and Helambu. This trekking offers the excellent experience of Langtang Valley, the great perspective on Gosaikunda, and the beautiful excellence of Helambu experiencing Tamang and Hyolmo culture on the route.

On the trip to Lake, you can witness the views of the Himalayan Ranges of Himal Chuli (7,893 m), Manaslu (8,156 m), and Ganesh Himal (7,406 m) on the west. There lies Langtang Lirung, Passing through Lauribinayak gives the first view of holy lakes to its north. Among others, 108 small lakes, Saraswati-Kunda, Bhairabkunda, and Gosaikunda are the three main lakes of the Langtang area and his own values. There is a famous story behind this holy lake.

Gosaikunda Lake believed to be the dwell places of Lord Shiva and Gauri as per Hindu Mythology. This is believed to have started from the burrowing of the land by the Trishul (sacred three-pointed sword) of Lord Shiva. Many Hindu scriptures talk about the lake and have its own significance. Many Tourists from Nepal and India flock over here every year to show their belief especially on the occasion of Janai Purnima's fall in the month of June/ July.

There is another story too quite famous over those areas. According to Hindu mythology, to produce the elixir of eternal life, God beat the primordial ocean. In the course of beating poison was also produced. To spare the world from this toxin, Lord Shiva drank it, yet grabbed the toxic substance in his throat. The reaction of the poison turned the throat blue. To cool his burning throat, Lord Shiva struck his trident on the earth making three springs that at long last brought about the arrangement of excellent lakes. Lastly, Lord Shiva drank the lake water and disposed of the borning.

Having its own religious values this place is vastly rich in natural beauty. Gosaikunda Lauribina Pass Trekking offers wildlife, serious woodland cooperating with wildflowers, creature species, and heart contacting view of natural landscapes. Besides the breathtaking Scene, it also provides interactions with the cultural diversities in Nepal as many ethnic groups people reside here like Tamang, Brahmins, Newars, etc.

Gosaikunda Lauribina Pass Trek starts from the drive from Kathmandu to Dhunche which is 7 to 8 hours long. then, our trek begins viewing many villages and hills on the way to the lake. The best time to make this trek is from October to December and March to May. But if you want to join the holy festival of Janai Purnima July and August months are fine.

Day 09:Trek from Chisapani to sundarijal(1,350mt) trek descend 4-5 hours and Drive back to kathmandu . 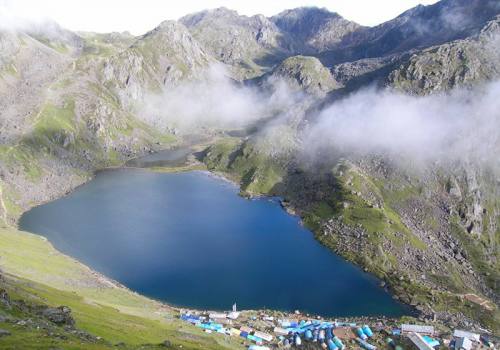 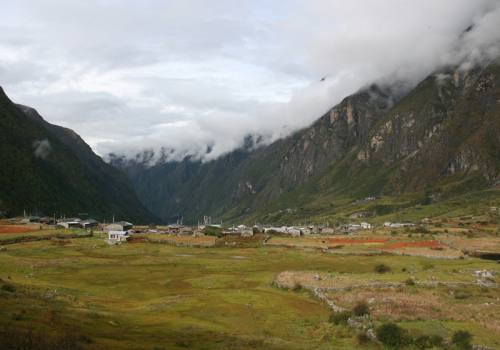 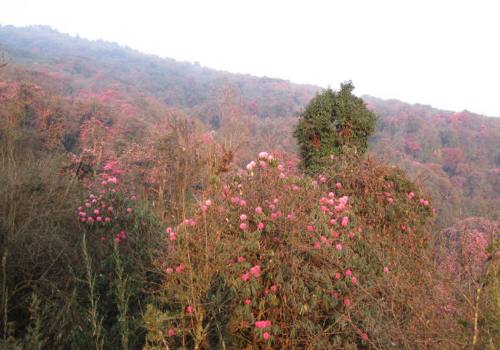 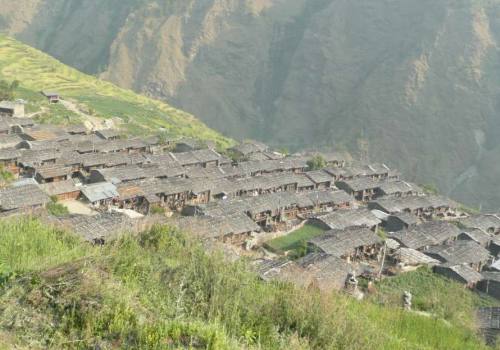