Nepal is one of the richest countries in terms of Biodiversity, which makes it a hub for eco-tourism there for we have few diffrents wildlife safari tour in Nepal . Nepal has occupied 19.7% out of the total land with nine different National Parks, six conservation areas, three wildlife Reserves, and one hunting reserve. Wildlife safari tour takes you to the well-known parks and areas of Nepal. So this two national park /two wildlife reserve and hunting reserve is the most famous national park for wildlife reserve and Hunting reserve in Nepal.

Chitwan National park -is one of the largest economic resources and subtropical southern part of Nepal. Here have found 68 species of animals, the bird’s 544 species, and 56 species of herpetic fauna, and 126 types of fish are recorded into this national park. Particularly the Nation Park has given protection for fauna like as – one-horned Rhinos, Royal Bengal tiger, and Gharial Crocodiles. This nature site has been listed in the world heritage site since 1984 Ad by (UNESCO). This total registered area 932sq km covered by forests, Grassland and wetland and a large number of Animal inhabitants, known as very popular national parks for observing wildlife in Asia.

Koshi Tappu wildlife reserve in Nepal - its preserved zone lies in the Tarai region, of eastern Nepal.  The Reserve of total area 176 sq.km, Swampland over three different districts, Sunsari, Saptari, and Udayapur. Has includes widespread mudflats and freshwater marshes in the valley of the Saptakoshi river has been established in 1976.  A large area of animals inhabit the protected 200 species of fish have been recorded, 2 toad species, 9 frog species, 6 lizard species, 5 snake species, 2 Gharial and Mugger crocodile are founded.

Shuklapanta wildlife Reserve in Nepal - the endangered area of the far western region of Nepal. Inserted against the Indian border, this national park has covered 305sqkm. Sal trek forest and Phantasm along the banks of the Bahini River full of grassland, forest riverbeds, and tropical wetlands.  Which is also the smallest National park of Nepal. The park is especially known as originally hunting reserve in 1969 and then later on changes a wildlife reserve in 1976. At last in 2017, it has changed again into the national park. Here we found 2000 swamp deer live the Reserve. Spotted deer or chital, hog deer, blue bull, Nilgai, wild boar, Tiger, leopard, Sloth Bear, wild Elephants, Hispid hare has been recorded in Sukla Phanta. 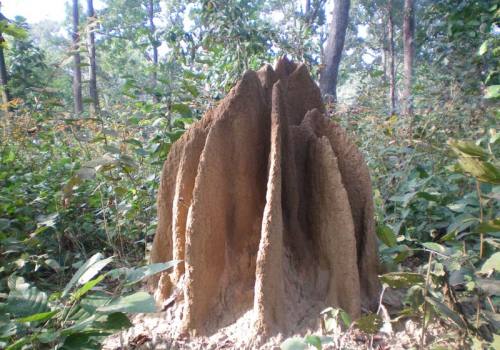 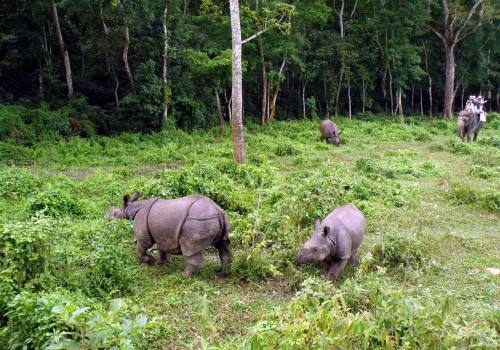