Bandipur Village Tour is the most ideal tour that takes you into the culture of earlier Nepal and a diverse mix of people. Bandipur village tour in Nepal is a great little town to spend a day or two visiting or to detour during the road journey between Kathmandu and Pokhara. It is a place to acclimatize a little at an altitude of 1,030 m, enjoy unspoiled views from the lovely Mahabharata Range and taste the culture of an earlier Nepal.

To reach this former trading post, established by trading families mostly from Bhaktapur, one travels ancient hill paths through leafy forests to this charming hilltop town 143 km west of Kathmandu, 73 km south of Pokhara, 70 km north of Chitwan, and only 8 km from Dumre Bazaar on the main Kathmandu to Pokhara highway. One sees early Newar architecture, sadly disappearing in other areas as well as fascinating temples, hilltop shrines, sacred caves, signs of early fortresses, and tribal villages.

After King Prithvi Narayan Shah and his followers overtook the Kathmandu Valley in 1768, Bandipur grew into a busy commercial center with numerous trading posts developing in the surrounding hills.  As a place where all trails from central Nepal and Tibet converged, Bandipur grew in wealth and importance through the 1800s. Nowadays, Kathmandu to Bandipur tour has become very famous for locals who are passionate about traveling.

When Nepal opened its borders in the 1950s, Bandipur’s importance as a hub diminished. By 1972 the Kathmandu Pokhara highway bypassed the hill town and later Pokhara established an airfield meaning travelers could make the trip in an hour instead of six or seven by road. In the short term losing its importance was a challenge but in the long term, it has meant that Bandipur retained its distinctive character. Its sturdy buildings have since been renovated or reinvented as shops, cafes, and accommodations. Travelers relish the history that is very evident in the town and the sights they see as they tour the region.

As per we received your given flight schedule, our airport representative will be waiting in time at the (TIA) Tribhuvan international airport of Kathmandu for your arrival. And will drop you off at Hotel in a private Vehicle and evening walk around Thamel, overnight in Kathmandu.

After Breakfast at hotel, we start to drive today’s Destination Bandipur. Along your drive to Bandipur after half an hour or forty-five minutes we will get out from valley then drive will descent to Naagdhunga, it shows you a wonderful Greenery with the Himalayas range like as – Mt: Manaslu, Mt: Ganesh, Mt: Buddha, and Annapurna Himalayan Ranges too. To reach this former trading post, established by trading families mostly from Bhaktapur, one travels ancient hill paths through leafy forests to this charming hilltop town 143 km west of Kathmandu, 73 km south of Pokhara, belief that it was a center of exotic trade between lowland and highland between India and Tibet. Evening sightseeing around the village and overnight at the hotel.

After having breakfast we will have site walk to Siddha Cave, it’s said that this is the largest cave in Nepal. Hiking to Siddha cave and back it will take about 3 hours walk. After this check out from the hotel and drive to Pokhara 3 hours 73 km south of Pokhara, evening walk around Phewa lake and overnight at Pokhara.

Pokhara Day city Exploration/sightseeing day you have to be prepared early in the for sunrise view . in the morning. Your Guide will take you at first Sarangkot panoramic sunrise viewpoint, from where you can see a spectacular mountain view including Mt: Dhaulagiri in the west Annapurna mountain ranges, Lamjung Himal, and Mt: Manaslu Buddha Himal, Ganesh Himal and many more. After you will drive back to the Hotel and have Breakfast after this can have time rest for a while. Around 9:30 am your tour will centralize around Pokhara city where you can visit several places such as Devil falls, Hidden Cave of Lord Shiva, Tibetan Refugee camp, Gorkha Museum. Bhalam suspension Bridge, K.I sing Bridge, Bat cave, Bandabasine Hindus Temple, the old town of Pokhara Bazar, and Baharai Temple on the way back to the hotel which is lies at the middle of Phewa lake .overnight at hotel.

You will have breakfast at Hotel in Pokhara, and we leave from Pokhara at 9 AM to drive us to Kathmandu and the driving will be a fabulous affair as we drive past many satellite towns in transit and we can see country settlements, spouting waterways, patios, and green provincial scenes; following 6 hours driving we will arrive Kathmandu and its overnight in Kathmandu . 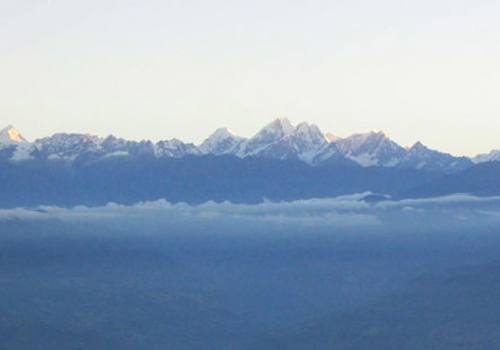 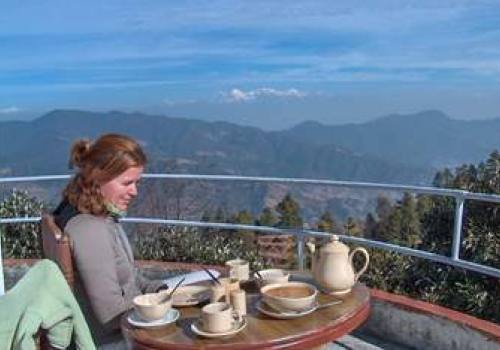 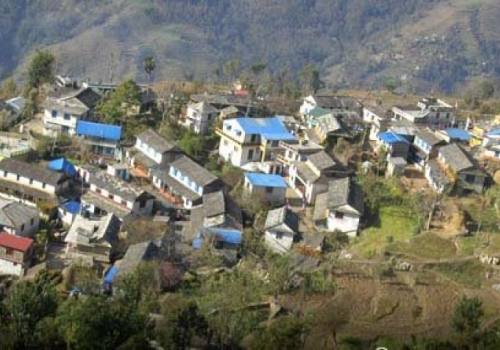