Kathmandu is the directorial capital city of the Federal Democratic Republic of Nepal. Mountain Miracle treks have specifically designed Day trip around the Kathmandu valley day tour to our respected clients . specially those who don’t have time for long trip to spend on the Himalayas for more then week. So they would  decide and chose as we have made the day programs to gain such wonderful experience of the cultural tour into the Heritage sites in kathmandu.  who love to spend for short time around kathmandu valley walking day hiking around the valley.

The capital of the country Situated at an altitude of 1365mt, from the sea level founded by the 8th century A.D.The valley of Kathmandu is composed by three diffrent hostorical royal cities, 1. Kathmandu Durbar square, 2. Patan Durbar square, and Bhaktapur Durbar square locally known as very famous like (Bhadgaun).  Kathmandu has enormous bustling bazaar with a countless number of Hindu temples Buddhist stupas and Monasteries. The theology-complex blending of Hinduism and Buddhism whereby legend and reality live side by side. It’s regularly known as a museum of Medieval arts and architecture. The entire kathmandu valley is surrounding by Green hills topped off by snowcapped peaks covered an area of 218 square miles.

We have 8 highest peaks out of 14th in the world including Mt: Everest is known as the very famous head of the world on the planet. Therefore Nepal is the first Trekking adventure Destination in the world .  Each and every year thousands of thousands tourists comes from different countries for specially trekking, and tours . Those who would like to explore and experience the mighty Himalayan including highest destination Everest, Annapurna ,  Langtang and many more. we can organize the trip  to them as their choises from and for laxuarious tourist we could organize helicopter day tour as well ride for the day to make it happen just within an hours as your wish in Nepal.

For even the shortest time duration of just a day can explore its sights and sounds or day hike on a mountain to understand its vast culture at first hand. Mountain miracle treks will manage such a great day hiking, and tours  around Kathmandu valley day tour means to know the things exploring short time of their cultural heritage following and respecting of their traditional. 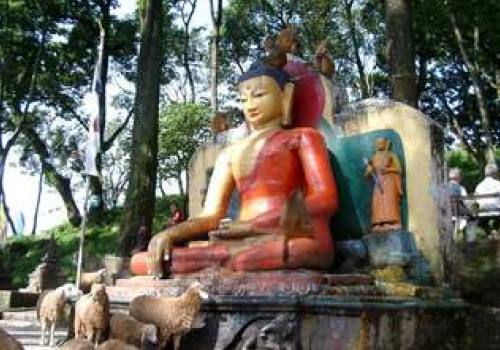