Tiny Himalayan country Bhutan, nestled between India and China in the mystical Himalayas, remained pure and untouched from outer world for centuries. This led to preservation of its culture and environment in ways unseen in many other lands. Known as “The Land of The Thunder Dragon” because of the immense, storms that roar down its valleys from the peaks above, Bhutan has only recently encouraged foreign visitors. As the mountain kingdom moves into the 21st century it remains committed to preserving its diverse ecosystems, ancient architectural wonders, its traditional crafts, and to honour its deep Buddhist roots.

Bumthang dzongkhag, a region in the North, has several heavily forested valleys with valleys, Chhume, Tang Ura, Wangdue Phodrang, Mongar Dzongkhag, Thimphu, Paro  and, Chokhor. Farms produce a range of food, including buckwheat, dairy products, honey, apples, potato, rice and wool. Notable are the ancient temples which sees the area being referred to as the Bumthang Valley.

Jakar, a tiny town in the Chokhor Valley makes an excellent base for visiting dzongs and the sights in other valleys. Though small, Jakar is the region’s major trading centre in a area with numerous temples, ruins, monasteries, artisans, forests and natural wonders. Each town and valley has its own flavour and specialties. In Jakar you will find a goldsmith, a tailor, a hardware store and several butcher’s shops. But best of all are the numerous dzongs or temples.

From Jakar, a visit to the lovely Paro Dzongkhnag leaves travelers with a sense of peace. Willow trees and apple orchards line the roads. White-washed farmhouse and temples complement the green terraced fields and forested hills rise on either side. Paro town is in the centre of the valley alongside the Paro River. The mainstreet charm lies in its colourful painted wooden shop fronts and restaurants and is an easy journey to the Paro Dzong, one of the valley’s more imposing temples.

Mongar Dzongkhang lies in the northern portion of the ancient region of Khyeng. Its original Dzong is a ruin, giving a glimpse of how the old temples were built while the new dzong in Mongar provides a modern contrast. Perched high above a valley to the east is the Drametse Goemba, an important Nyingma Monastery.

Thimphu challenges the senses, the presence of old and new providing an appealing contrast.  It is relaxed, friendly and often informal with crimson-robed monks, Indian labourers, gho-and kira-clad professionals and camera –wielding tourists crowding the pot-holed pavements, avoiding its packs of sleeping dogs and spinning the prayer wheels in its clock tower square.

Wangdue Phodrang Dzongkhag with its town and dzong of the same name stretches all the way to the Pela La and Phobjikha valley.

All worthwhile places to visit. 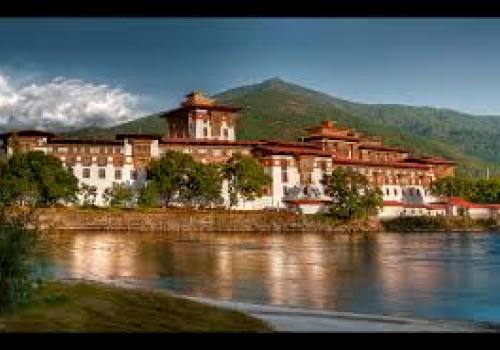