Top Nepali Street Foods You Have to Try

Street food is those kinds of food that are prepared on the street or cooked on roadsides putting spicy masala taste. They are especially put on a wheeled cart or a stall and can be easily moved from one place to anywhere at any time you want. We often see people surround those carts or stall especially at the time of evening.

Street food has been so much popular in recent years. Mostly young people girls and boys and school college students are too attracted to street food. Street food especially gives an authentic and amazing experience of different tastes of food items as well as places and tourism.

The main thing is we don't even have realized that street food is contributing to a huge amount of economy in a nation. These have been so much popular across the world. the people are passionately working on making street food as a micro-enterprise.

It is directly creating economic opportunities for many individuals, and households, to run their daily lives. Nepalese street food offers various delicacies to customers at a reasonable price. These kinds of food really help the external tourists to experience the place, tourism aspects culture, and food habits of the communities.

SOME OF THE STREET FOOD POPULAR IN NEPAL

Samosa is the symbol of Indian gastronomy in terms of the snacks it so much popular and spread all over the country in Nepal and India which is originated from the middle east. Samosa is easily found in the cities like Kathmandu in different restaurants along with Basantapur Durbar square. There is a samosa house beside the Kumari house as well as one of the most popular samosa places in Kathmandu at Bishal Bazzarchowk called 'TIP TOP'.The samosa recently costs from 15 to 35 rupees in the streets of Nepal. 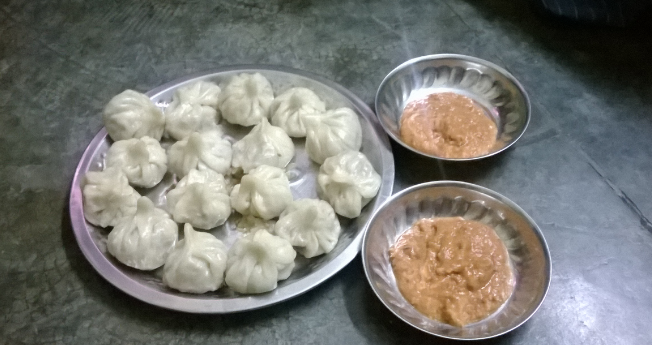 Momo is the number one popular street food in the street of Nepal and can be easy food in the cart or on a different street. The dumpling is made up of wheat flour, filled with meat or vegetables inside which is the most popular snack and is most common as a meal. The types or the varieties of momo are they are Fried momo Jhol momo, sea momo, stem momo, etc are very popular in the street of Nepal. The momo is made of veg, chicken somewhere mutton also but the most popular momo in Kathmandu is buff and veg. The price ranges from 50 to 200 per plate of food in the street of Kathmandu and other places. 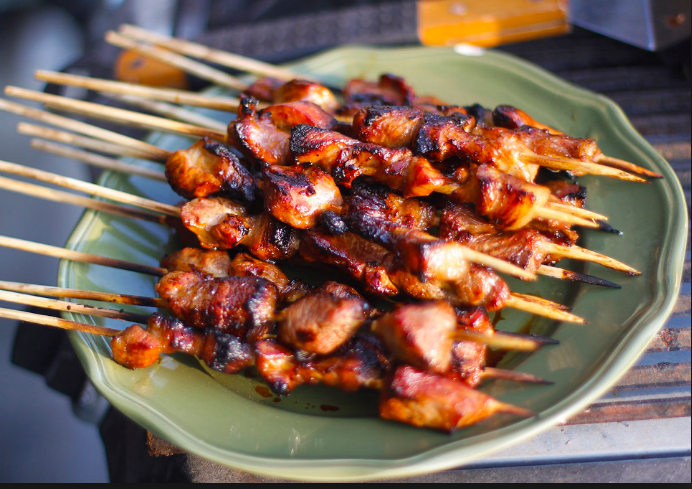 It is very popular to find vegetarian food in Nepal as meat is quite more popular and even more popular is Sekuwa which can be eaten as a snack or as a meal. In many places on the street, the Sekuwa is being prepared outside the shop and looks very delicious and amazing anyone can easily feel the smell of it. It can be easily made from different kinds of meat, putting some red sauce on it. It is cut into small pieces to make it stick in bamboo and grilled on a wood fire. People prefer to eat Sekuwa with little local alcoholic drinks which is wonderful. 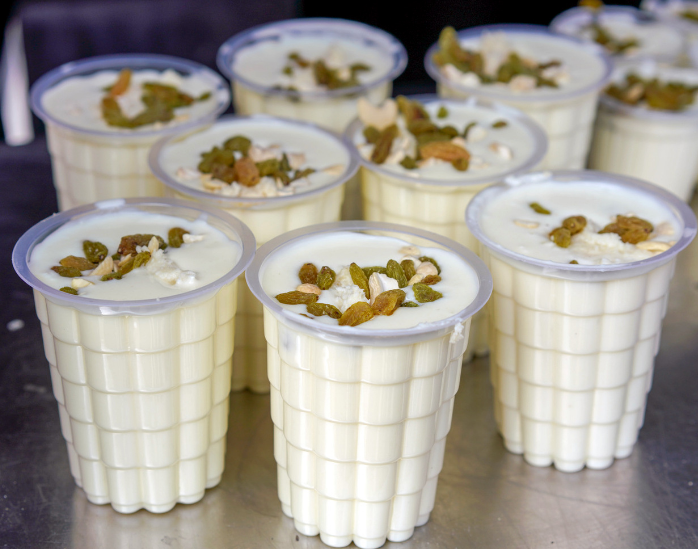 It is originated in India but it is so much popular in Kathmandu made of yogurt and adds flavor, sweetened and chill with ice, also you can add some Kaju ( cashew nut ) on top over. It is so much popular in the summertime you can see the people surrounded by the shop and gather, you can even get a place to seat there but people prefer it so much. 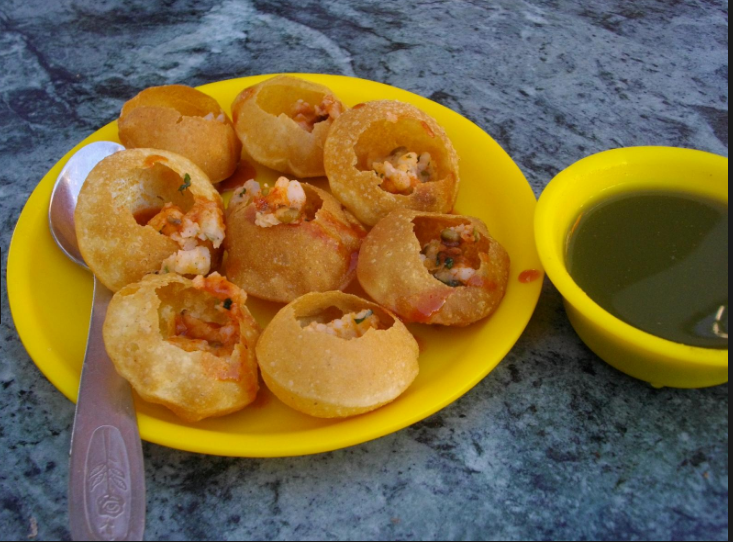 If you even think for a while about the chapatti or panipuri you will get your mouth filled with water. It looks delicious and amazing, let's talk about how Chatpate is made of Bhugiya some pieces of boiled potato, pea, groundnuts, vinegar, noodles, some coloring, etc, and are mixed with all those above mentioned, after all, it is ready to eat. Pani puri is made of pure and different things mixed with water which made puri so delicious. In the nutshell, Nepali street food has been so much popular for many years. Most of them are spices made, I suggest you try once Nepali street food made which is cheaper in price. The above-mentioned and not mentioned food that is popular is momo, Chowmein, samosa, lassi, panipuri chapatti, Sekuwa, etc.